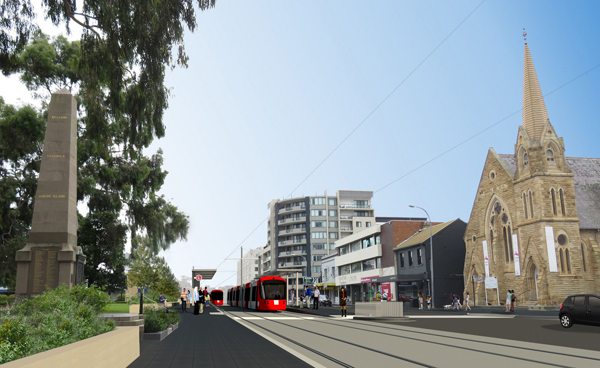 During the 2016 December quarter, the Australian Bureau of Statistics once again named New South Wales as Australia’s most populated state. The state exhibited an 8.1 per cent rise in population from the same period in 2015 and is expected to rise again this year.

Since then, Transport for NSW has estimated that in the next 20 years there will be a 1.6 million population growth in just Sydney alone. It’s because of this rapid growth that governments, both state and federal, are looking to facilitate better public transport infrastructure in and around Sydney to ease road congestion.

The varying and complex aspects of upgrading public transport infrastructure will be discussed at the 9th Annual NSW Major Projects Conference 2017, at the International Convention Centre – Sydney, on November 14th and 15th.

Poole reinforced that the Parramatta Light Rail was a project of “community infrastructure”. Not only is the light rail aimed to aid population growth and tourism, but also ease growing congestion for local residents, with Poole regarding it as “the fabric of the city”.

In trying to optimise the relationship between construction and consumer, Poole explained, “the project team has involved the community very early, providing the opportunity to have a say on the route, place it connects, the benefits it provides and locations of stops.

“Early engagement has also allowed the project team to better understand the needs of the community and to address this in our planning and definition of the project.

“Right now, the [local] community can have its say on the Environmental Impact Statement for Stage 1.”

Poole also outlined other aims Transport for NSW has for the project, for example, the employment of enduring futureproof technology.

“Innovation is a core value of the Parramatta Light Rail Project team and will be a key requirement for the delivery and operations for the project. We will be encouraging innovation as part of a sustainable project that will hopefully deliver resilient infrastructure, enduring local employment, support economic development and minimise our carbon footprint.

“Opportunities for smart technology include customer information, safety systems, zero emissions, and flexibility to account for future transport systems such as driverless cars, on demand transport, and rideshare.”

Current light rail projects will be prominently featured at the 9th Annual NSW Major Projects Conference 2017. The two-day Conference, on November 14th and 15th, will be hosted at the International Convention Centre – Sydney. The event will welcome over 25 expert speakers and policymakers and annually welcomes over 250 senior-level delegates to network with.